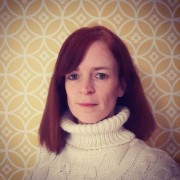 I lived in Mumbai in India for a year and one of the key lessons I took away from my time there was if you want to achieve great things, don’t limit your thinking.

I believe India was the perfect place to learn how to think big to achieve big things as there is a real culture of achieving whatever you set your mind to. It was this that was a very interesting lesson for me and one I have taken with me and shared often.

In my leadership role, I should have been encouraging and motivating the team to achieve amazing things, but in this case it turns out that I was the one limiting the team. It was under the banner of being realistic, but non the less, it had the impact of being very limiting.

We were preparing for a roadshow that was being held in 2 days and would have over 500 attendees and we had left it a bit late, so in my mind, we were going to have to do something quite simple as we had no time to prepare anything better. We had a team brainstorm of what we could do and the team came up with some great ideas. I was really beginning to wish that we had prepared earlier so we could implement some of these awesome creative ideas as they would be really impactful. As it was, we just wouldn’t have time to execute them in the time we had.

I guided the team to a very simplistic solution, explaining it would be all that was possible in the short timeframe. I left them to make the arrangements to get everything ready for the event.

I turned up up at the event 2 days later and went to inspect what the team had come up with. Well…what I saw amazed me! Instead of going for the simple ideas we discussed, they had managed to achieve the ideas that they had come up with that I had said was not possible in the timescales.

How? This was the question on my mind. How had they achieved this? How had they managed to achieve so much in so little time. It was by understanding how they had been successful that I learnt how to think big in future situations especially when I was up against time:

This is the most important element. If you are sure you can find a way to achieve something you will ultimately achieve it. I’ve seen this time and time again, that when you believe there is a solution, there will be. It might take some time to figure it out, it may look different from how you first thought it would, but it will get achieved if you put your mind to it.

If you need to achieve something, you can think creatively about how to be successful. If you try the obvious route and it doesn’t work, think of other options. If you think creatively, there will be another way to succeed.

This is a favourite theme of mine that features in many scenarios. In this case, trying to achieve something in a short timeframe, rather than spending lots of time planning, or thinking things through just do it now, or at least start it. You’ll be amazed how quickly you start achieving things if you just start them right away. Click here for my blog post on taking immediate action.

This lesson was one of the main things I took away with me from my time in India. I was constantly surprised by how much we achieved by thinking big. The team there really left me with the belief that there is always a way to make what you want happen. It might not always be obvious, but if you put your mind to it, you’ll always get a positive outcome. If you limit your ideas before you even try and achieve them you’ll always end up with a smaller solution.